Part of the reason I wanted to finish the first draft of my current novel by the end of February was because I knew I was participating in a challenge in March.

It’s kind of like the normal NaNoWriMo, but instead of producing a 50,000+ novel, you produce a completed visual novel.

It’s a different kind of storytelling that instantly caught my interest for a few reasons:

1. Any form of storytelling is good with me 😀
2. I adore Choose-Your-Own-Adventure books.
3. I love gaming, so being able to take some aspects of it and add it to my own story is awesome!
4. Really being able to bring the story to life through both writing and art.

I’ve always had a dream of creating a comic, because of the mixture of writing and drawing- I love the two!- But I was never patient enough to complete a whole comic.

With visual novels I get to draw the art (though not anime-style as is usual), and also add more writing than I would in a comic. I am not even kidding about how perfect a medium that is for me 😀

So my project this month is to complete a visual novel, and see how it goes. Also, I will say that visual novels are something I hope to look into producing and selling along with my novels in the future.

For those interested, I will detail the visual novel I am producing below 🙂

Sorry for the white backgrounds on the art, WordPress apparently doesn’t like transparent images! 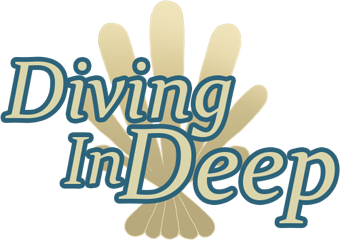 When underwater archaeologist, Quinn, discovers an artifact in the ruins she is exploring just offshore, she doesn’t realise the significance of it.
At least, not until she comes face to face with the owner of the artifact… who happens to have a tail.

Introduced to the world of the Merpeople, Quinn must keep the exciting discovery quiet in order to protect their secrets, all whilst dealing with new feelings that are stirring towards her merman guide, Merrik.
If that wasn’t difficult enough, she must contend with the persistent interference of a dangerous treasure hunter searching for his next big prize.

And Quinn is all too aware that the Merpeople would be his perfect target. 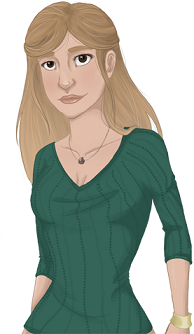 Quinn Lanton
The main character of this tale, a woman whose curiosity helps her to find the biggest discovery of all time, only to realise she must keep it a secret.

Her personality can be defined by the player through dialogue and action choices, which will affect the way characters react to her and the outcome of the ending. 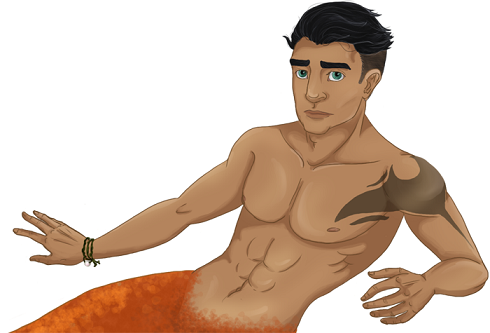 Merrik
Merrik is happy to live his life in the safety of the sea, but meeting Quinn changes things.
Now the merman finds his position as Guardian of the artifact tested as he navigates through the world of humans and their greed for what does not belong to them. 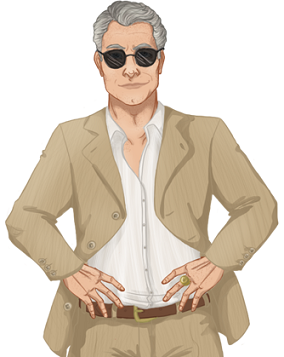 Walton Huntley
An ex-archaeologist turned treasure hunter. His only interest is the next big prize and the fortune he could get for it.

Diving in Deep is going to focus on romance (obviously 😀 It’s what I write!), but will also have a good amount of excitement and action so hopefully all can enjoy it! It will be FREE, so I’m hoping lots of people will be willing to try it out.

Though I realise this may not be the kind of thing some people would go for, I am hoping to open up this form of storytelling to those who might not even have known about it, and maybe get them to try out something new 🙂

Is this something you’d be willing to try out? Does this interest you as a different form of story?

*This is a scheduled post, I will be back on Tuesday. Hope everyone has a brilliant weekend! :D*

33 thoughts on “A New Challenge”